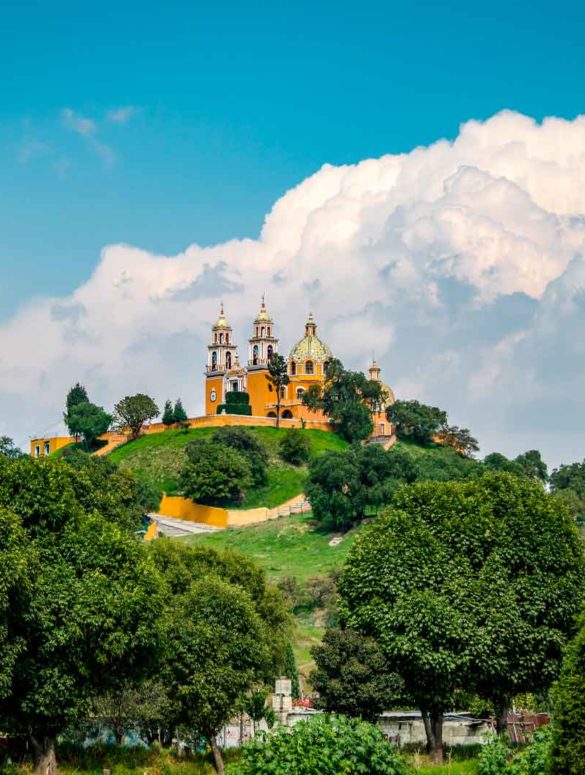 Fascinating past of the state of Puebla

Discover Cholula’s ancestral history and find out more about the fascinating past of the state of Puebla. This colonial town is a melting pot where the pre-Hispanic culture mixes with the Christian world.

Visit the Great Pyramid of Cholula, the final phase of which was built between the second and fourth centuries A.D. The stand-out attraction here is obviously the pyramid, along with the Iglesia de Los Remedios, which is located at the top.

The construction of this church can be seen as a symbol of the Spanish conquest. For learning more about pre-Hispanic and colonial ages, you should visit the Cholula museum, which shows six plenty of rooms of Mexican pieces.  Also explore Plaza de la Concordia, the seat of the modern-day municipal government, and the Franciscan convent. Cholula is famous for its Talavera factories. Here craftsmen create exquisite pieces of Talavera pottery by hand, conserving a thousand-year-old tradition from Puebla.

Cholula owns a classic and colonial style; still, it offers modern options like Container city perfect for having a nice time in its art galleries, restaurants, bars, and coffee shops.