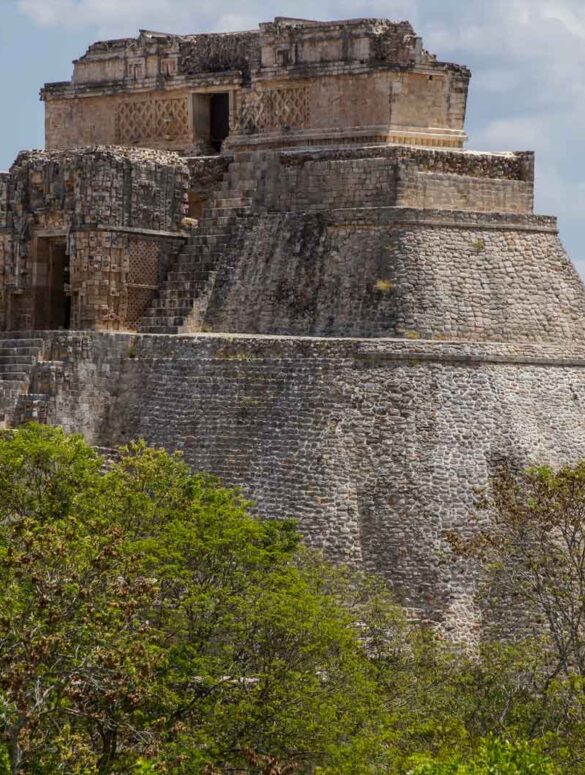 One of the most important ceremonial centers of the Mayan World

A long time ago, Uxmal was one of the most important ceremonial centers of the ancient Maya civilization. It can still be considered one of the most beautiful pre-Hispanic archaeological places on the American continent, thanks to the proportion of its majestic constructions. The exactness and elegance of the decorations are astonishing.

Listed as World Heritage, it is now one of the best-preserved; its precision and elegance will astonish you. The “Pyramid of the Magician,” the “Governor’s Palace,” and the “Quadrangle of the Nuns” are just some structures you’ll find in this heavenly place. A spectacular light and sound show will take you to discover more mysterious Mayan legends. It is located in the Puuc region, a series of ancient Mayan cities that share the same architectural patterns, and its name mean “built three times” (although it was actually constructed five times).

Close to Uxmal, there’s another site that belongs to the Puuc route as well: Kabah, just 23 km from Uxmal. Explore Kabah, and you will see the famous Arch that connects the city with Uxmal, the Great Pyramid, and the stunning Temple of the Masks.

About 42 km from Uxmal, Labná is waiting for you. Its name means old or abandoned house.

For its impeccable construction and perfect decoration, archaeologists think it was an important ceremonial center. Among its essential structures, there is the Palace, Castle, and the symbolic Arch.