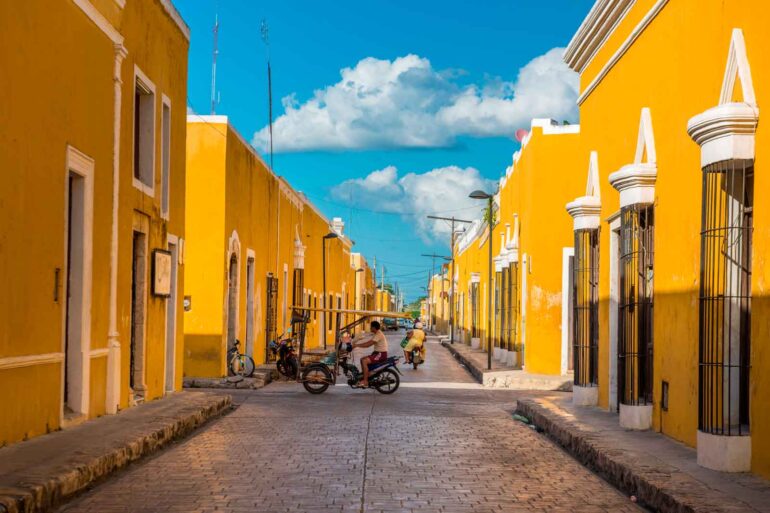 It was founded in the 4th century to honor the Mayan god Itzamná and is known as “city of three cultures.” After the conquest in the 16th century, the Spaniards started to build a city upon the existing Mayan town.

The most notable example of this development is the Franciscan convent, which was constructed atop the ruins of an ancient Maya temple. The whole village is colored in yellow and white, giving “the yellow city“ a distinctive look.

Many of the pre-Hispanic buildings have been destroyed by the Spanish, six of them can still be seen in Izamal. One example is the Kinich Kak Moo pyramid, one of the most massive monuments in the Yucatan Peninsula.

Add to this the still rich Mayan traditions, and you have one of the most remarkable “Magical Towns” of Mexico. 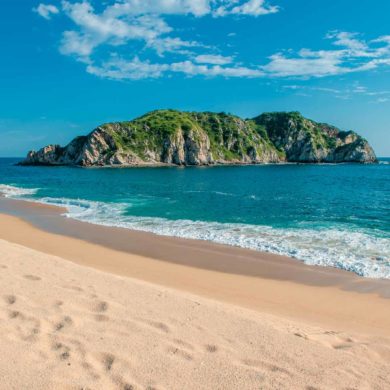