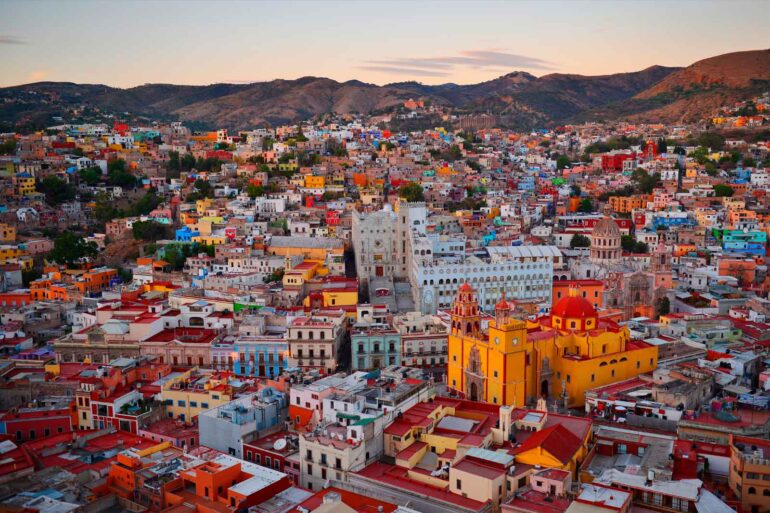 The colonial City of Mexico

Guanajuato definitely is the crown jewel of all colonial cities in Mexico.

Situated in a picturesque valley, in the heart of Mexico, Guanajuato is definitely one of Mexico’s most charming colonial cities.

It was founded in 1559 as a mining town. The “Valenciana” mine was a rich source of silver, and it became one of the wealthiest and most productive mines in the world during the 18th century. Nowadays, you will be surprised by the beauty of this city, with its winding lanes, its plazuelas shaded by Indian laurels, its large variety of decorative styles, its Mummy Museum, and its curious underground avenue. With its history as an important mining center, it derived great wealth from its abundant silver deposits. The city is a real jewel among Mexico’s colonial towns. Besides that, the city is full of old legends. Best known is probably the one of the “Callejon del Beso” (Alley of the Kiss).

Downtown is full of tiny streets that make walking through the city an unbelievable experience; driving around might be confusing, so you need to be prepared to walk around in this delighting city.