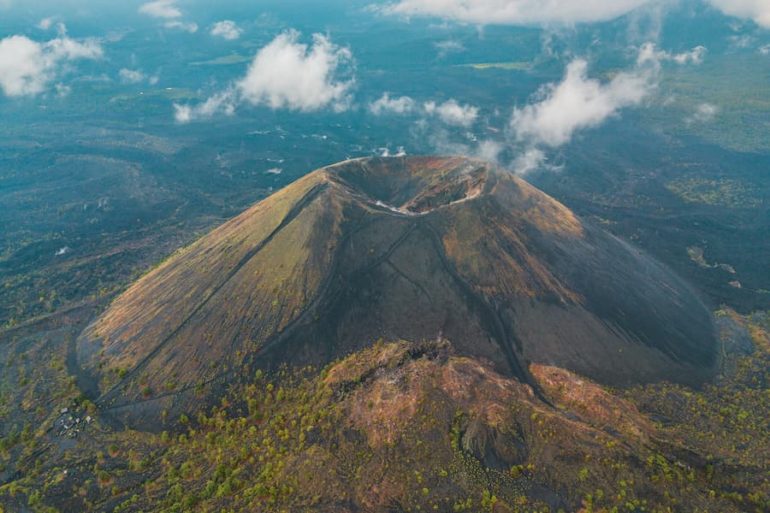 The Volcanos rised out of nothing

This volcano is unique because its evolution from creation to extinction was witnessed, observed, and studied. On February 20, 1943, a Purepecha farmer, Dionisio Pulido, saw the initial eruption of ash and stones first-hand while working in his field.

The volcano rose out of nothing. Within a year, it had reached an elevation of over 400 meters, and its lava had flooded the nearby Purepecha villages. The only visible traces of the communities can be seen in the tower and altar of the Templo San Juan Parangaricutiro, which seem to have been absorbed by the surrounding landscape of black lava.

The volcano is now quiet and can be visited either by hiking or by horse. Travel to the nearby Purepecha town of Angahuan in the early morning if you want to climb Paricutín.