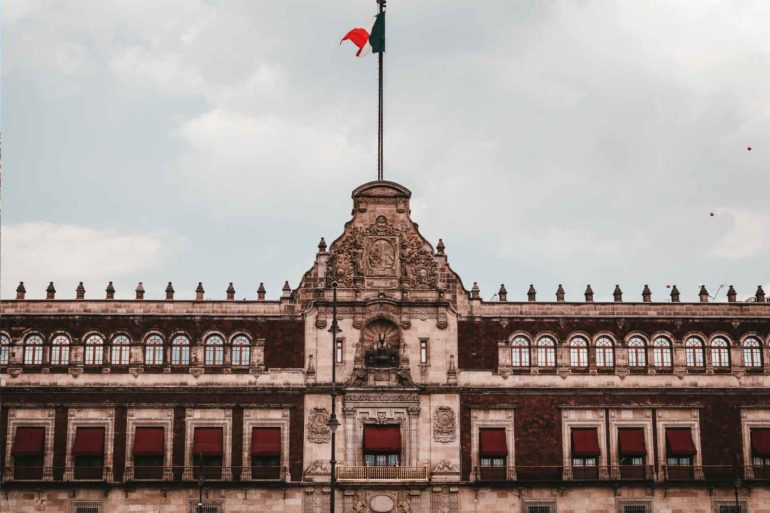 The National Palace in Mexico City

The National Palace in Mexico City is the heart piece of the Historical Center as it covers the complete east side of the Zócalo. Already in the Aztecan Empire, this building was the palace for the ruler Moctezuma II but was destroyed and rebuilt in the 16th century by Hernán Cortés.

Nowadays, the building of granite and tezontle houses the federal execution. Besides that, there is a lot more to explore: a museum of Benito Juarez, a magnificent botanic garden, the Pegasus fountain, and the balcony of the president. However, the highlight is the painting of Diego Riviera at the central stairways, as well as his historic mural paintings in the corridor of the first floor.

The National Palace was founded in 1526 and was the first building constructed in the City. It is also home to the offices of the president of Mexico City and the main scenario of the Independence Celebrations.