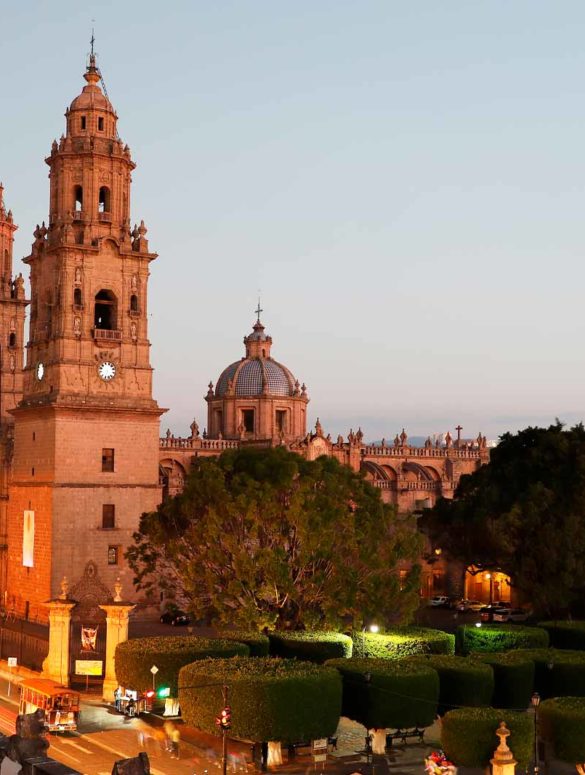 Michoacán is one of Mexico's most exciting states to visit

Michoacán is one of Mexico’s most exciting states to visit, whether you are looking for culture, nature, traditions, or gastronomy. The State of Michoacán is located in Southwestern Mexico and really is a treasure box for those who seek authentic Mexico. For a good reason, it’s considered “The Soul of Mexico.”

The name of Michoacán means “place of fishermen” because of the many lakes. Besides, the region is full of mountains, volcanoes, colonial towns, a beautiful stretch of coast, and home of the famous Monarch Butterfly sanctuaries. In Michoacán, you can find artistic impressions, century-old traditions, and architectural treasures almost everywhere you go. Many of its most exciting places are still rarely visited by international travelers.

Experience a unique natural wonder, you have to visit Michoacan’s sanctuaries of the monarch butterflies. Each year, Michoacan has the privilege to welcome millions of these amazing flying creatures. They travel more than 4,000 kilometers, migrating from Canada and the North of the United States, to protect themselves from the cold.

“Dia de Muertos” (Day of the Dead) is a Mexican tradition celebrated in the whole country. One of the most unique locations to celebrate this unique event is Patzcuaro, in Michoacan.

The food of Michoacán is considered one of the best in the whole country. It’s even recognized by UNESCO as an intangible World Heritage.

Michoacán is full of unique cultural expressions, with thousands of colorful traditions. For example, in Patzcuaro, the indigenous Purepecha people still perform their famous ” Danza de Los Viejitos” (Dance of the Old Men).

Festivals and Celebrations in Morelia

Day of the Dead in Patzcuaro (November 1 and 2)

A century-old tradition to celebrate and commemorate the dead. It’s celebrated nationwide, but nowhere it’s as colorful and intense as here in Patzcuaro.

This festival is a unique meeting point in Mexico for the cinematographic community, the people of Michoacán and international filmmakers, with the mission, is to promote new talents in Mexican cinema, to increase the offering of quality cinema and to contribute to the cultural and tourist activities in the state of Michoacán.

The “Miguel Bernal Jimenez” Morelia Music Festival is devoted to spreading and bringing the audience closer to the world’s best concert music. An alluring appeal of this festival is that its venues are the architectural jewels of Morelia, among them, the government, state, and municipal palaces. A real pleasure for you to find yourself among these beautiful historical buildings, listening to great artists and composers, and learning about the masterpieces of composers from different latitudes.

Michoacán is well known for its handmade guitars. To honor this instrument, an annual event is organized with national and international guitar artists.

Every year the city of Uruapan Michoacán hosts one of the biggest festivals of art and crafts of Latin America. This event is celebrated in April during Holy Week. The festival celebrates the colorful culture and heritage of the country. More than 1,000 artisans show up, with their best crafts made of a great variety of materials, making this market one of Latin America’s most interesting with millions of pieces of art exhibited.