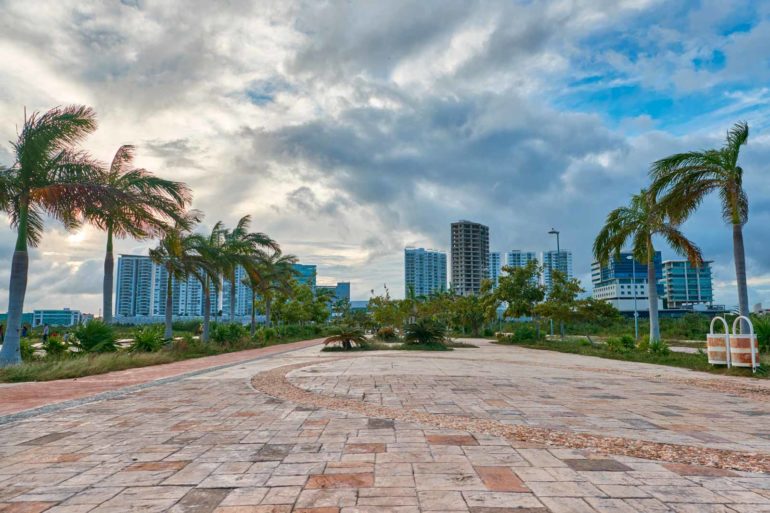 All about Cancun Mexico

Cancun Mexico is one of the top Holiday destinations in the World today.

Cancun Mexico is a tropical paradise that has so much to offer. Whether you want to enjoy the weather, the vibrant nightlife, some of the coolest activities in Mexico, or choose from the many accommodation options available, Cancun is the place to be. The city is also home to the second-largest barrier reef in the World. Hence, it is ideal for snorkeling and scuba diving.

Most tourists to Cancun are interested in golfing, tennis, exploring a cenote, and taking a side trip. On the other hand, some prefer to indulge in sunbathing, dining, and shopping in this great city. Whether you want to stay in a luxury villa, an all-inclusive resort, or a budget hotel, Cancun has all these privileges. When it comes to nightlife, you will not find any better place than Cancun. You will find a dozen of great bars, superclubs, and lounges to enjoy your stay in the city.

There was not much activity in this city for centuries. In fact, during the early 1960s, there were only 1,000 residents in the area. Most of the residents were Mayan fishermen and their families. The Mexican government declared the city a tourist zone in 1969, which gave life to the international airport, hotel zone, and a small town to house the hospitality workers. Today, Cancun Mexico has more than half a million residents.

The Hotel Zone in Cancun

This is a narrow piece of land in the city – shaped like the number “7.” This piece is separated from the mainland by a freshwater Laguna called Nichupte. The first hotel opened in the area in 1974. Today, the city has more than 27,000 hotel rooms with a 17-mile stretch of beach.

Cancun International Airport has become the second busiest airport in Mexico today. The airport is situated towards the south of the hotel zone. Most of the tourists come in the winter high season. The drive to the hotel zone from the airport takes only 15 minutes.

The summer is frequented with brief afternoon thunderstorms. Temperatures are the highest in July and August. May, June, September, October are the rainy season in the city. In fact, September and October usually record an average of nine inches each month. Thunderstorms are frequent and brief in the summer. November to April is the best weather in the city. From June to November, the city is on alert for Atlantic hurricanes.

The best beaches in Cancun suffered a heavy toll during Hurricane Wilma in 2005. The government had to spend more than $71 million to restore the beaches to its pristine status. Strong currents are quite prevalent in the area. Hence, visitors should be on guard and look for warning flags at lifeguard situations. You will find the safest beaches in Cancun on the north side of the causeway that leads to Cancun city. The southernmost beaches consist of the most substantial offshore current.